Earlier this week, the
Matthews Pacific Tiger Fund (Trades, Portfolio) released its portfolio updates for the third quarter of 2021, which ended on Sept. 30.

Based on its investment criteria, the fund’s biggest buys for the quarter were Chailease Holding Co. Ltd. (TPE:5871, Financial) and Meituan (HKSE:03690, Financial), while its top sells were Baidu Inc. (BIDU, Financial) and HMM (XKRX:011200, Financial).

On Nov. 2, shares of Chailease traded around NT$269.50 for a market cap of NT$390.88 billion. According to the GuruFocus Value chart, the stock is modestly overvalued. 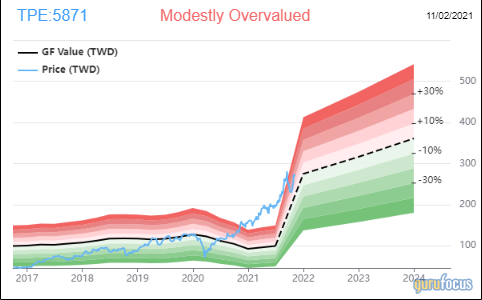 The company has a financial strength rating of 3 out of 10 and a profitability rating of 4 out of 10. The Altman Z-Score of 0.87 suggests the company could be in danger of bankruptcy, though the Piotroski F-Score of 5 out of 9 is typical of a stable financial situation. The return on equity of 22.34% and return on assets of 3.52% are better than 91% of industry peers. 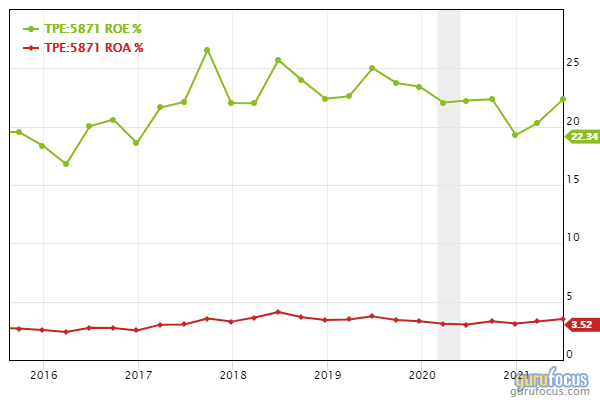 Meituan is a Chinese company that operates a network of apps, which together form an online shopping platform that helps connect customers with local business for retail, services, hotel bookings, transportation, dining and more.

On Nov. 2, shares of Meituan traded around HK$271 for a market cap of HK$1.66 trillion. According to the Peter Lynch chart, the stock is trading above its fair value but in line with its median historical valuation. 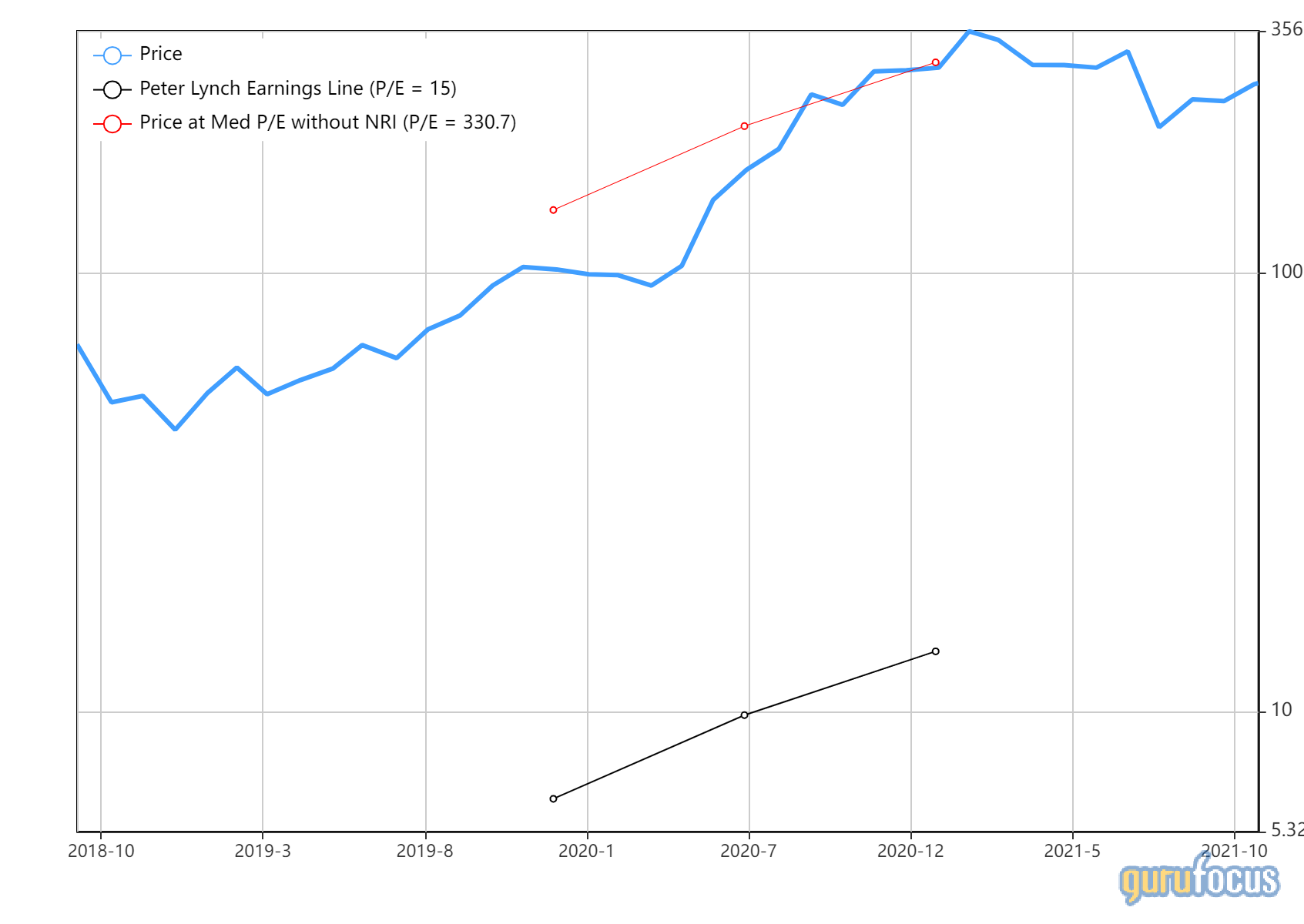 The company has a financial strength rating of 5 out of 10 and a profitability rating of 3 out of 10. The cash-debt ratio of 2.31 and Altman Z-Score of 11.85 indicate a fortress-like balance sheet. Revenue has been growing steadily and net income has also been on the rise, though the company’s bottom line dropped back into the negatives in the most recent quarter. 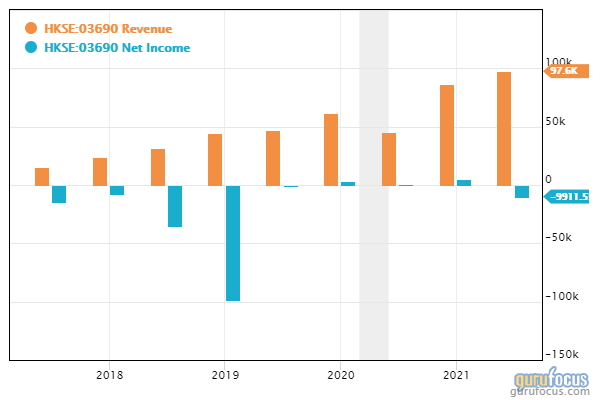 Baidu is a Chinese internet and technology giant that specializes in artificial intelligence, internet services, search engines and related products. It has access to the world’s largest domestic addressable population of internet users. 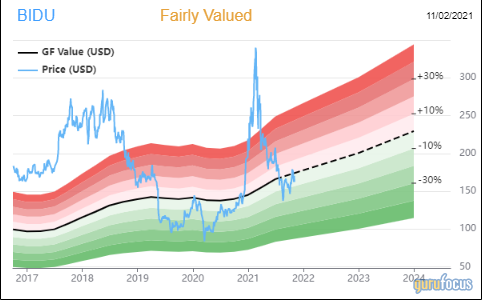 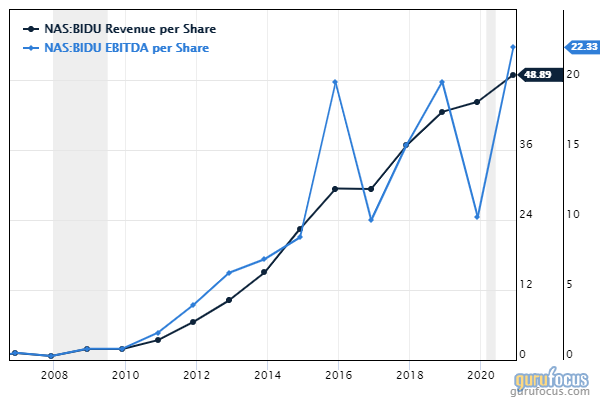 HMM, or Hyundai Merchant Marine, is one of the largest multinational marine shipping companies in the world. Headquartered in Seoul, the Hyundai Group affiliate operates a fleet of more than 110 ships, including full container carriers, liquid natural gas carriers, oil tankers and bulk carriers.

On Nov. 2, shares of HMM traded around 27,400 won for a market cap of 13.40 trillion won. According to the Peter Lynch chart, the stock is trading above both its intrinsic value and its median historical valuation. 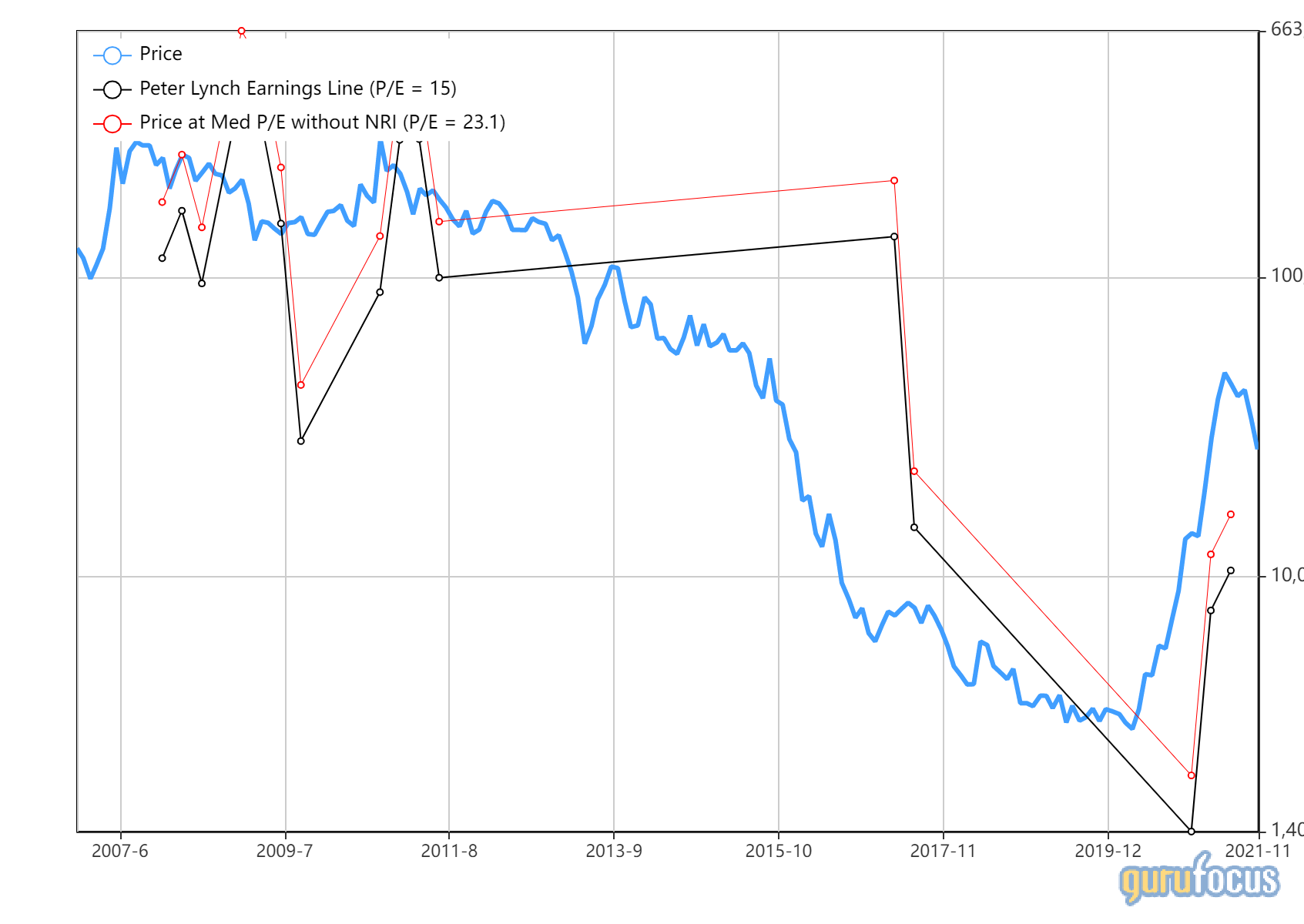 The company has a financial strength rating of 4 out of 10 and a profitability rating of 2 out of 10. While the Altman Z-Score of 1.8 puts the company in the bankruptcy distress zone, the interest coverage ratio of 8.31 shows it should be able to continue making payments on its debt. The return on invested capital has recently risen above the weighted average cost of capital, meaning the company is creating value for shareholders. 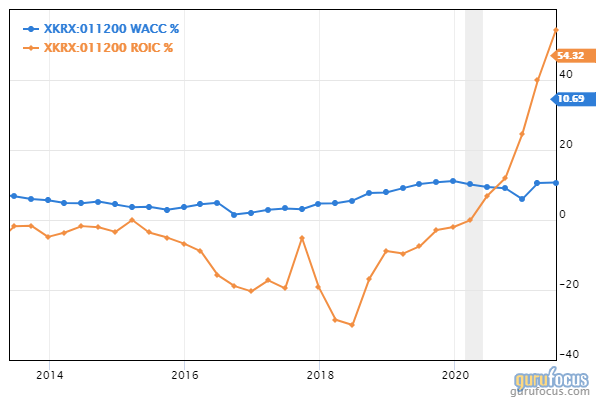 As of the quarter’s end, the fund held shares in 71 common stocks valued at a total of $8.44 billion. The turnover rate for the quarter was 11%.

In terms of sector weighting, the fund was most invested in technology, consumer cyclical and financial services.

Wed Nov 3 , 2021
Tupperware Brands Corp. (TUP, Money) is a multi-amount marketing company that focuses on family solutions. I am bullish on the stock as I see a really serious advancement trajectory in advance. Earnings preview and outlook The firm’s established to launch its earnings right before the marketplace opens on Nov. 3. […]