There’s not a lot that revered Sydney hip hop duo Horrorshow haven’t done in their impressive 14-year career. Friends and collaborators since high school, the legends have returned with their new EP Good Problems, released 13 May via Elefant Traks. Featuring the singles ‘DMT’, ‘Yours & Mine’ and ‘Take It Slow’, the six-track project was chiefly written during lockdowns. MC Solo (Nick Bryant-Smith) discusses the events of the pandemic in a positive light with his signature wordplay and melodic flow, emboldened by Adit’s smooth production style.

We caught up with Solo to chat about the EP, Adit’s final tour and the good problems of the pandemic.

Congratulations on the new EP! How does it feel to have new music out in the world after such a wild couple of years?

Thank you! It feels so great to release new music to the world after the craziness and inertia of the last few years. When COVID first arrived in Australia we stayed at home isolating and didn’t see each other but as the lockdowns stretched on, we made the call to include the studio and working together as part of our respective bubbles. Not being able to tour, travel or even really go out or see anyone meant that we were able to spend a lot of time in the studio and we created a *lot* of music! Like several albums worth.

Aside from this great project, what were some positive outcomes of the lockdowns for you both?

Great question! Obviously COVID and the accompanying lockdowns were a terribly hard time for so many in so many ways, but I do think the disruption to our normal routines and forced adaptation created lots of opportunities for positive growth and change as well. I know the biggest ones for me personally would be discovering running as a form of exercise. I had always thought I would hate it (and I did the first 3 times I tried) but very quickly discovered the zen feeling of getting outside for an early morning run.

The other one would be taking up the ukulele! I have always wanted to learn the guitar and while I still haven’t quite gotten around to that, I did use the lockdown period to learn the basics of the uke and found that not only did I really love the feeling of playing chords to accompany myself singing, it also has opened up new avenues and styles of songwriting and composing that I’m excited to explore.

Each track is so positive and uplifting while remaining personal and conscientious. Did the songs come naturally, or was it a deliberate process?

After the sonic thematic heaviness of our last record New Normal and the dark period in our personal lives that went along with it, I definitely had a vision in my head of working on some material that was lighter and more positive. I wanted to do this in order to bring back some of the fun side of what we do and spread some good vibes and cheer in a world that’s been in need of it – but also to help manifest and encourage these feelings within my own life and mentality.

‘DMT’ was written immediately after a difficult therapy session where I was talking about wanting to get back to myself; ‘Yours & Mine’ after a friend said they’d been worried about me and how good it was to see me smiling again; ‘Take It Slow’ in the midst of a fling that while short lived gave me that giddy feeling for the first time in a long time. ‘My Friend’ all fell out in one go after one too many FaceTime calls with a close mate of mine who had just had a newborn and moved away to live with family, and whose presence I was missing.

Others were concepts for songs that I had had in the back pocket for a long time – the pun/play on words of ‘Old Soles’ and worn out sneakers being a metaphor for having been around the block a few times was an idea I’d had for ages. And lastly, the final track ‘Bill Withers’ holds a special place in my heart because I had been wanting to make a song called Bill Withers for over 5 years, first suggesting it as just a playful concept for some battle raps when Adit and I were on a writing trip in New Zealand in 2017!

Good Problems explores new sonic territory with a mix of cruisy jams and tight bops. Did the beats determine the overall vibe of the project, and what were some of the musical influences for this record?

I would say with this project that half of the songs were written on the spot with the words being a direct response to the music being made, but often that music was made by going in and saying “today I wanna make this sort of mood”. So founded off that chicken-and-egg interplay, back and forth between Adit and myself, the words and ideas and the music are both leading each other at different points.

As far as influences, I think it’s pretty obvious that soul music was maybe the major inspiration for this project and what I was listening to at the time. That’s everything from contemporary stuff like Leon Bridges, going back to more classic 70’s soul, people like Bill Withers, Jackie Wilson and other artists that I namecheck on that track. I’ve always loved and connected with soul music, and with soul being such a vital part of the DNA of hip hop through sampling, it’s a natural fit to me.

You’re hitting the road with a bunch of emerging locals this month for the first time since 2020. How good is it knowing that you’ll finally be back in front of fans doing what you love again?

We are now coming up to halfway through the tour and it has been the best to be back in front of our audience doing what we love most. At one point in the show when I look out in the crowd, I see faces of people who’ve been coming to the shows for 10-15 years – and what a special thing that is. We’ve missed them and judging by the reactions, they’ve missed us a lot too. So there’s a lot of good energy flying around the room and after the last few years of separation and isolation, it’s so incredibly life-affirming to all be feeling that connection with one another again.

Adit took to socials to announce that, sadly, the Good Problems Tour would be his last with Horrorshow. Are there any surprises in the live set for his farewell?

Yeah, it’s crazy to think that this is his last victory lap around the country with me! We’re leaning less into the sadness and more into the celebration of what an awesome innings we’ve had on the road together – so we’ve treated this live set as a celebratory party set and a wander through our (now very extensive) catalogue, which of course includes a couple surprises and unexpected moments. There’s still a couple of tearjerker moments but overall, we’ve set it up so he’s going out with a bang. Don’t cry cos it’s over, be happy cos it happened type vibe – cos that’s a good problem to have.

For the first time since 2020, Horrorshow are currently in the middle of a 14-date national headline tour from May through July with lead support Jannah Beth. While Adit will still be working with Solo behind the scenes, the partner in rhyme of 14 years is stepping away from the live arena once the tour is completed. Whether it’s a revised set list, an acoustic show, or even performing with an orchestra, the duo endeavour to make each tour different and special – so you won’t want to miss it.

You can stream Good Problems HERE.

You can buy tickets to the Good Problems Tour, which continues to July 2nd, HERE.

More to Explore on the AU:

on the Dylan Thomas trail in Wales

Sat Jun 18 , 2022
Even if you know or care nothing about Dylan Thomas, the small town of Laugharne in Wales is an enchanting place to visit, and was part of our tour through Swansea and Carmarthenshire on the Dylan Thomas Trail. In this article, discover some of the best things to do in […] 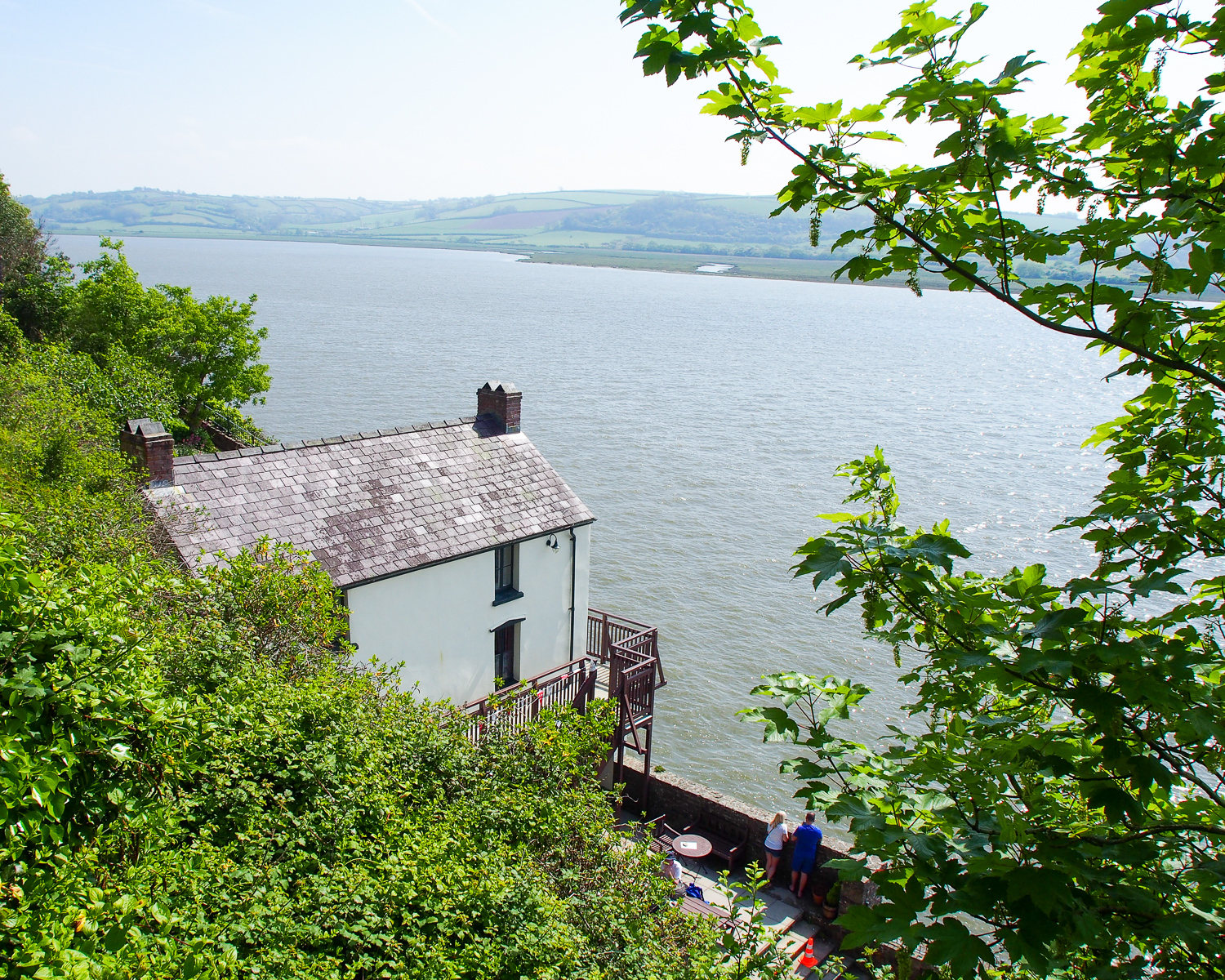