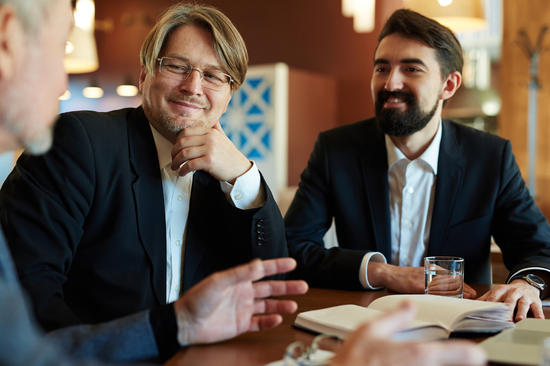 Legendary Fidelity Magellan Fund Manager Peter Lynch said that while company insiders may sell their shares for several reasons, insiders buy shares for just one reason: they believe the company stock may increase in value.

Our research further suggests that stocks that had multiple company directors and executives buying shares have potential for good growth. As such, investors can look for opportunities in stocks where several company insiders have bought shares over the past few months.

The Insider Cluster Buys page tracks both the number of insider buys and the number of unique insider buys. The key difference between these two columns is that the latter indicates the number of different insiders buying shares while the former reports the total number of buy transactions from all insiders over the past several months.

Eight insiders purchased shares in Mid Penn Bancorp (NASDAQ:MPB) over the past three months. The total number of shares purchased across eight transactions is 1,714.

The Millersburg, Pennsylvania-based company provides commercial banking and various other financial services. According to GuruFocus, the company has a Piotroski F-score of 5 and debt ratios that outperform more than half of global competitors.

Eight insiders purchased shares of First Choice Bancorp (NASDAQ:FCBP) over the past three months. The total number of shares purchased across eight transactions is 18,483.

The California-based bank provides commercial, industrial and residential mortgage loans to individuals and small businesses. According to GuruFocus, the company has a low Piotroski F-score of 3 and debt ratios underperforming over 75% of global competitors, suggesting low financial strength.

Seven insiders purchased shares of Compass Diversified Holdings (NYSE:CODI) during the past three months. The total number of shares purchased across seven transactions is 36,570.

The Westport, Connecticut-based conglomerate operates two business groups: branded consumer businesses and niche industrial businesses. GuruFocus ranks the company’s financial strength 5 out of 10: Although the company has a safe Piotroski F-score of 6 and a Beneish M-score that suggests minimal earnings manipulation, Compass Diversified Holdings has a weak Altman Z-score of 1.78 and an interest coverage ratio that underperforms over 69% of global competitors.

Seven insiders purchased shares of Malvern Bancorp (NASDAQ:MLVF) during the past month. The total number of shares purchased across seven transactions is 2,800.

The Pennsylvania-based bank provides checking and savings accounts, and in turn issues loans for commercial and residential real estate projects. According to GuruFocus, Malvern’s equity-to-asset ratio of 0.12 outperforms over 73% of global banks despite debt ratios underperforming over 65% of global competitors.

Seven insiders purchased shares of Howard Bancorp (NASDAQ:HBMD) during the past month. The total number of shares purchased across 11 transactions is 4,338.

The Baltimore-based bank provides community banking, mortgage banking and consumer financial services. According to GuruFocus, Howard Bancorp has a low Piotroski F-score of 3 and debt ratios that underperform more than half of global competitors.

Not a Premium Member of GuruFocus? Sign up for a free 7-day trial here.

I am an editorial researcher at GuruFocus. I have a Master’s in Finance from SMU, and I enjoy writing reports on financial trends and investor portfolios. Follow me on Twitter at @JamesLiGuru!

Prepping brand and agency partners for 2021

Tue Jan 26 , 2021
In 2020, well being care, economic, and social crises disrupted all our plans, prompting manufacturers and organizations to recalibrate their interactions. People that worked together, concentrating on resilience and transformation? They not only weathered the storm, but came out stronger. This previous yr, I’ve witnessed agencies attain large client gratification […]